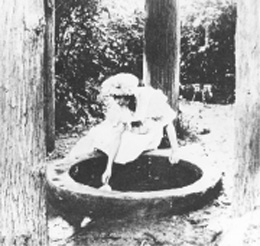 Licton Springs celebrates its long history as both a unique recreational spot and a commercial crossroads. The residential neighborhood wedged between the busy corridors of Interstate 5 and Aurora Avenue takes its name from Liq'tid or Licton, the Salish word for the reddish mud of the springs - one of the few Puget Sound Salish words still used as a place name.

Aurora-Licton Springs was once heavily forested, filled with springs, bogs and marshes. The Duwamish Indians called the springs Liq'tid (LEEK-teed) or Licton. Liq'tid means "red-colored" or "painted" in the Puget Sound Salish language, referring to the red iron oxide that still bubbles up in the springs. The springs had spiritual significance to the Native Americans who camped and built sweat lodges nearby, using the reddish mud to make face paint. A network of trails connected Licton Springs with Green Lake and Haller Lake and a nearby marsh where the Indians gathered wild cranberries. The 85-acre marsh, known as Slo'q`qed (SLOQ-qed) or "bald head," was where North Seattle Community College is today. Another wetland, south of Evergreen-Washelli Cemetery, was known as Oak Lake because of its cluster of oak trees.

David Denny arrived at the Duwamish River in September 1851, nearly two months before the party led by his older brother Arthur landed at Alki Point. They both established land claims on Elliott Bay and played important roles in founding Seattle. In 1870, David Denny purchased 160 acres, including Licton Springs, from the U.S. government for $1.25 an acre and built a summer cabin. Thinking of building a health resort, he had the water tested. He found it to be healthful, with sodium chloride, carbonate of soda, and traces of iron, lime and other minerals.

David and Louisa Denny donated the site of Oak Lake School (today's Oak Tree Village), which opened in 1886. In 1891, they platted Oak Lake Cemetery, now part of Evergreen-Washelli Cemetery. However, in the "Panic of 1893," Denny's trolley lines and mill went into bankruptcy. David and Louisa were forced to move, first to a small house in Fremont and later to Licton Springs.

About 1890, David Denny built a larger house near Licton Springs as a country retreat. He gave this house to his oldest child, Emily Inez, an artist who wrote a book, Blazing the Way, about her family's role in the founding of Seattle. This house still stands, although considerably altered, on Densmore Avenue North. Arthur Denny sold property near Licton Springs to his second cousins, Henry L. Denny and John W. Denny. Henry and his wife Lucinda platted land north of Green Lake and, about 1905, built a house that still stands on Wallingford Avenue North near 88th. At the turn of the century, Henry's brother, John W. Denny and his wife Mary, built a farmhouse that still sits on a hilltop off of Corliss Avenue North. 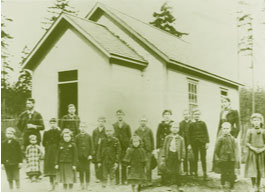 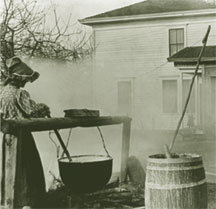 Following her father's death in 1903, Emily Inez Denny offered the 81-acre Licton Springs property to the city of Seattle for $45,000 for use as a park. The city declined the offer and, in 1907, she sold 57 acres to a group of investors for $75,000, but nothing came of their plan for a park and sanitarium. In 1909, Calhoun, Denny & Ewing platted it as Licton Springs Park and had a plan prepared by the Olmsted Brothers, designers of Seattle's parks system. Although this plan was never developed, the partners did retain the springs as open space. Their 600 home sites included "farmettes" to give residents a chance to "get away from the roar and dust of downtown toil."

It was many years before Licton Springs became a public park. In 1931, Seattle diverted the water from Licton Springs into storm drains because of pollution in the area. In 1935, Edward A. Jensen opened the only spa ever at the site, offering thermal baths and bottled water. In 1951, A.R. Patterson planned a major expansion, including a $500,000 sanitarium. However, the city of Seattle annexed the area and sought acquisition of the property in a 1954 park bond. Voters finally approved the proposal in 1960, enabling the city to purchase 6.3 acres.

Development waited until 1974, when Forward Thrust funds were available and the city hired the landscape architects, Jones & Jones. Their plan preserved the little remaining natural vegetation, excavated the southern spring into a small pond with wetland plants, and added a small shelter house. In 1987, the park and playground were renovated using Seattle 1-2-3 funds, and, more recently, interpretive signs were installed, including a Licton Springs time stream. 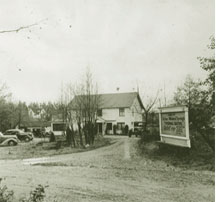 In early years, small truck farms, dairies, chicken farms and greenhouses prospered in Licton Springs. On the community college site, the Kumasaka family operated a thriving greenhouse business. The Japanese language school on their property served as a community center for Japanese families throughout the North End; the structure burned while the family was interned during World War II. The agricultural legacy is virtually forgotten today, obliterated by post-war development.

One of the larger operations, Pilling's Dairy, evolved into a unique neighborhood attraction with an international reputation. In 1909, James A. and Marietta Pilling moved into a house at North 90th Street near Densmore that had been built by the Denny family in the 1880s. The dairy closed in 1933, a victim of the failing economy and increasing regulation. About that time, James' son, Chuck, dammed the creek that ran through the property, forming a pond to provide water fowl habitat. He attracted worldwide attention as the first successful breeder of the hooded merganser, bufflehead and harlequin ducks. The pond is a major community attraction, with people stopping to look at the unusual assortment of water birds, both tame and wild. This school boy's hobby has become a unique treasure enjoyed by the entire community. Today, the community is uniting to assure that the pond is maintained for future generations.

The interurban line was a major force attracting newcomers to live north of the city limits at 85th Street. People could move away from the city, yet get downtown easily for work or shopping. Running on a narrow right-of-way through backyards, the line reached Licton Springs in 1906, serving downtown Seattle via a transfer in Ballard. Through service from Everett to downtown began in 1910. Two stops along Evanston Avenue served Licton Springs: North Park at North 103rd and North 94th. But by the 1920s, cars and buses increasingly competed with the train, and on February 21, 1939, the last car ran on the Seattle-Everett line. In 1951, Seattle City Light acquired the right-of-way, now used primarily as a power transmission corridor. Plans are underway to make it a walking and bicycling trail. 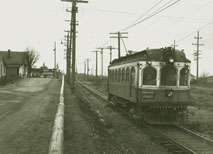 Aurora Avenue North has long been the spine of Licton Springs, but its name and character have changed dramatically. The route began as a rough wagon road, known as the R.F. Morrow Road when it opened in 1901. At first, the route simply ended at the King-Snohomish county line until development in north King County and the interurban brought growth. The road was eventually extended, making a more direct route to Everett than the old Bothell-Everett Highway. Clusters of original buildings show where early businesses developed along Morrow Road, at North 90th, 103rd and 105th streets. 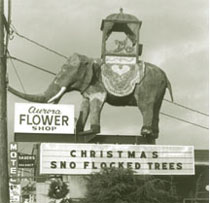 In the 1920s-30s, Pacific Highway 1 was constructed along the Morrow Road alignment, part of a national phenomenon of highway building to accommodate the popularity of the automobile. A 1923 article described "The Pacific Highway, the broad stretch of pavement, 700 miles in length at present and 1,600 miles when completed…the forerunner of great highways beyond the conception of the present generation that will mark the nation like a great checkerboard with its mass of highway arteries running in every direction and over which will flow the traffic of the continent." (The Argus, 1923) Completion of the George Washington Memorial Bridge in 1932 and the Aurora "speedway" through Woodland Park provided a fast link to downtown and made this the region's major north-south highway. The segment north of downtown was officially named Aurora Avenue after the street that it follows in Fremont. Some say the name "Aurora" honored Aurora, Illinois, the hometown of Dr. Edward Kilbourne, a Fremont founder. However, George Cotterill, former city engineer, claimed that the name recognizes it as the highway to the north, toward the aurora borealis.

Heavy auto- and tourist-oriented development followed throughout the 1930s, and Aurora Avenue became lined with auto-oriented businesses. Gas stations and auto repair shops were among the first, beginning in the 1920s, along with related businesses such as used car dealers and auto wrecking yards. Aurora's heavy traffic and its location outside the city limits also made it a natural place for cafes, taverns and dance halls. 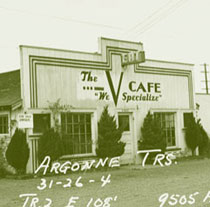 The most distinctive reminder of the early auto era is the motels, originally called "tourist camps" or "auto courts." One of the earliest, the Klose-Inn Motel, founded in 1930, is still operating, updated in appearance but retaining its vintage neon sign. The Sun Hill Motel opened in 1938, and looks much as it always did, with modernized windows and cladding.

After World War II, people used cars for everyday trips as well as vacations, and Aurora became the epitome of the auto culture, with drive-in restaurants such as Burgermaster. Low-density auto camps and small buildings made way for strip malls and large parking lots, transforming the street into a new auto-oriented landscape. Today, the remaining older buildings, motels and icons such as the elephant at the Aurora Flower Shop, are valuable as reminders of Aurora's past.

This history of the Licton Springs neighborhood was compiled for a printed 16-page color brochure, sponsored by the Department of Neighborhoods. Please contact the community council if you woukld like a copy of the brochure.

Acknowledgements for the Neighborhood History Project: